If this is it, then what are we going to do with it?

If this is it, then what are we going to do with it? 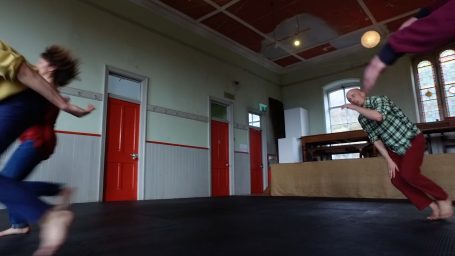 If this is it, then what are we going to do with it? is an exploration of different ways of discovering how we make sense of movement, and of what is composed when a group of people give themselves over to a series of attempts to let their bodies go ahead of certain kinds of thinking. The group of dancers are Ben Ash, Neil Callaghan, Katye Coe, Thomas Goodwin and Susannah Recchia. The project is in its early stages, the dancers having spent two weeks working with Charlie at Wainsgate Chapel. There have been two sharing of the work; one at Wainsgate Chapel and one at Siobhan Davies Studios.

The work will continue in 2019, and looks to create new ways for audiences to access the work – partly through where the work happens and partly through intrinsic devices that allow the space between audience and performer to be permeated.

The project is funded by Arts Council England.